“What are you going to do about this?” I was in my mid-30s and staring straight into the eyes of a young woman who could play linebacker for the Minnesota Vikings. No joke. She was a professional bodybuilder who could have easily lifted me over her head while performing the Y-M-C-A cheer for a live audience. She was pissed. I reacted quickly. “Ma’am, this Ford Taurus was only owned and maintained by the Salvation Army. I had absolutely no idea that your transmission would turn into a paperweight.” In the South, the ma’am/sir mannerism is still alive and well as a common courtesy, but that Ford Taurus was a hellish nasty money pit that had been anything but kind to its new owner. She would have been better off using a scrapping service like the one 954 JunkCar offers and invested in a half decent car.

Nearly three months beforehand I had sold what had been a beautiful burgundy creme puff of a car for $3500 with a clear conscience and a healthy thousand dollar profit. Now I was the bad guy. Mr. Sleazy Used Car Dealer who obviously had a witches brew of good deals for dirt cheap, but obviously picked out that one bad apple because, you know, car dealers always embrace the dark side. As you’ll know if you read car blogs like ‘the drive’, buying a used car can be quite a tricky process. At least I felt that way for a flash of a moment before reminding myself that this lady may be looking at an estimate that demanded the equivalent of a yacht payment for a replaced transmission. “I’m sorry this happened. Let me show you everything I know about that car.” I opened a file cabinet and pulled out a thick vanilla folder which listed everything about the vehicle. Where it had been purchased. The amount I had bought it for, emissions, repair work, and at least a half-dozen documents that the state requires to title and register a single car. If I end up having an accident in this thing I will surely need some legal support. My friend told me that Car Accident Lawyers can be a live saver in this situation, consider setting a consultation to see what they can do for you. But anyway, we went over everything together. All this Taurus had needed, unlike many other older cars that are traded-in to a dealership, was a quick car wash and a Craigslist ad that mentioned its exceptional ownership history. It was an easy sale that turned into a professional loss. I introduced her to car-part.com and made a quick call to a Mobile Mechanic who would perform the transmission work for a reasonable price. I apologized again and hoped for a better ending to an experience that would frankly haunt me for years. How could I have avoided this? Over a decade of selling hundreds of cars on Ebay and thousands of cars as an auto auctioneer here in Atlanta had left me with no easy answer. With the help of a small army of dealer networks and a statistician by the name of Nick Lariviere, we decided to slowly construct that better answer over the course of six years. 1.8 million vehicles have yielded a lot of unusually strong outcomes. But back then I would simply see tons of cars at the auction that were worth more dead than alive. They would almost always be sold ‘AS/IS’. If you were the high bidder, you were the new owner of that rolling piece of aged metal along with whatever else that may have spilled or fallen off of it as it rolled away from the auction block. The Ford Taurus that young woman bought from me was just a few shades below average. Still, at a near 23% failure rate, if I had that long-term reliability information in front of me back when I first saw that rolling money pit, I would have kept my money and spared her that misery of owning a bad car.

One of the features we highlight at the Long-Term Quality Index is how reliability changes across generations. There may not be much of a difference between a Ford Taurus from 2005 and one from 2007, but if you look at these cars within a specific generation, instead of just one model year, you get a much better grasp of their overall reliability. The most recent generation of the Ford Taurus, which is completely different than the prior ones, is rated ‘Above Average’ overall. That means this model outperforms the majority of vehicles from this specific time period when it comes to long-term reliability . The fact that it has the same exact name as the prior Tauruses means nothing because it’s a completely different model from the front bumper to the rear tailpipe. Sometimes great cars get stricken with bad old reputations just because of their name. The last generation Ford Taurus, which was recently discontinued, typically goes for a healthy discount in the used car market because reputation can often be a double-edged sword in the marketplace. 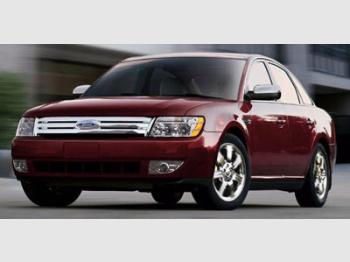 The 2008-2009 Ford Taurus was a carryover of the Ford Five Hundred which were made from 2005 thru 2007. These two models were also different from the Taurus that preceded them. Unfortunately our data shows that both of these models have transmission issues that are well out of line with the average. So if you’re going to consider it, make extra sure that transmission gets an extra hard look by an experienced mechanic. 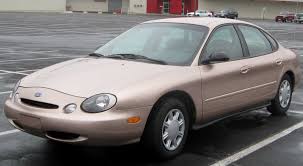 The thousands of 2001 thru 2007 Ford Taurus models have a downright abysmal ‘Well Below Average’ rating. While a 1990s Taurus is probably best avoided at all costs if you want anything that resembles reliable transportation. It may have been reliable when it was only a few years old. But too many owners, combined with too little maintenance on a car that can only handle so much abuse leaves the bulk of them still out there as having ‘Chronic Reliability Issues’. Keep in mind that many of these vehicles are usually 20 years or older and have definitely served their purpose.

Surprisingly, thousands of Honda Accords that have been traded-in at a similar age also receive a very low reliability rating. While the Buick LeSabre, a car that many shoppers now ignore due to the LeSabre name no longer being used in the new car market, is a surprisingly reliable car. The owner’s driving style and attention to maintenance are the most critical ingredients in that recipe. So if you’re looking for a reliable car that is less than $3500, a Buick LeSabre may be an excellent option once a professional mechanic takes a deeper dive into its overall condition. Sometimes good people get cars that should be recycled into Chinese washing machines. Millions of cars out there are glorified junk that have been tampered with and spit-shined into a car that has the right look, and the wrong history. Sometimes a good car… isn’t. If you use the right data and an experienced mechanic, you can save yourself one hell of a headache.