Toyota Quality : Then And Now

A third of a century ago, give or take a year, my brother Paul became the first in the family to drive a Toyota. A 1984 Toyota Celica-Supra. It was a true shifting of gears for the Lang Gang. Everyone up to that time had bought a GM. Mom and Dad drove Cadillacs (only one saw 100k). The eldest one had a Monte Carlo (a.k.a. Crapo) that didn’t see the road half the time. Second in line had a Regal (a.k.a. the dying diesel) that ended up stolen and trashed in the Grand Canyon. He actually felt sorry for the canyon.

Within three years both these Roger Smith specials were replaced with 1988 Celica GT’s. Great cars with no nicknames necessary. Three years later I had a Toyota Celica GT-S sitting on my driveway. Even better. Still no nicknames. By the end of the decade everyone in the family had a Toyota.

But then things changed… Toyota’s quality took a sharp U-Turn and unintentionally accelerated towards the ‘decontenting’ highway starting in the late-90?s. The 1997 Camry, 1998 Corolla, and pretty much every other Toyota that wasn’t a luxury car or a first generation (RAV-4 and Sienna) went straight to the crematorium of cost cutters. “Affordability is the No.1 priority,” said the 1997 Camry chief engineer Kosaku Yamada. “The Camry is not a luxury car!” and so it became the harbinger of things to come. The fourth generation Camry (1997 – 2001) in fact became number one. Not just by beating the Accord and Taurus. But by crushing them into a fine red mist for its entire model run. This was Toyota’s first truly competitive ‘decontented’ model and the net result was about $1500 to $2000 of extra profit per vehicle. Multiply that by the nearly 2 million Camrys that went out the door and Toyota had finally found a true cash cow. ‘Cost improvement’ along with ‘decontenting’ soon became a big part of the Toyota way.

Some of the decontenting was based on the reduction of parts. Front bumper clips and components were reduced from 57 to 15. The doors triple seal rubber in the prior generation gave way to a single seal. Others were a bit more pronounced. The dashboard material felt a bit cheaper compared with the old model. Items that were once power, such as the antenna, became manual. Bulbs became cheaper. The engine bay became a little less ostentatious. The biggest issue though became the increased incidences of engine sludge inside the 2.2L four and 3.0L V6. Toyota would eventually have over 3.5 million engines subject to the settlement. This would be Toyota’s first real black eye on the media front along with 10 safety recalls during this generation’s model run. Judging on the feedback from owner enthusiast sites around the net, the ‘real’ customer satisfaction ratings also started to take a beating. This could also be proven if the customers were to take an NPS survey, or a similar customer promotion survey, to prove their lack of trust in the company. Many businesses use such surveys to test their customer loyalty and overall experience with their business, to know how many loyal customers they have. In this case, Toyota would not be impressed with the reaction.

Of course, no one wants to drive a car that is considered to be a safety risk. It doesn’t matter how good a driver you are either. You may have been driving for a number of years, and accidents can still happen, sometimes at the fault of the other driver. If this were to happen, it’s important that you look for a car accident attorney in your area, similar to this one in Houston, (click here to learn more) as soon as possible, so that you can receive the compensation that you are entitled to. It’s also proabbly a good idea to prepare for the worst as you would in any car and make sure you’re stocked up with vehicle first aid kits for emergency situations. But knowing that you could be driving a car that has already had ten safety recalls, as well as low satisfaction ratings, it won’t be the best start to your driving journey. If your vehicle has some safety recalls, it’s probably best to stay off the roads, or you could cause some accidents. Following an accident, it’s likely that the other driver will get in contact with a personal injury lawyer who can help them gain compensation from your insurance company. No one wants to risk other people’s lives, so stay off the roads if your car has been recalled.

At the time of the Camry’s release in 1997, Toyota still had an ironclad reputation to fall back on. Go to carsurvey.com and look up the Toyotas that came before that time. A 1990 to 1996 ‘anything’ with the name Toyota on it was literally two clicks above anything else save the occasional Civic or Accord. You couldn’t kill these models once you turned the key. Even when my beloved Celica GT-S was hit by a meat truck driven by a drunk Greek, the underpowered engine kept right on ticking away. I’m sure someone’s using that engine somewhere.

But damn were Toyotas expensive before the ‘decontenting’ period. In 1994 I could not get a Camry with ABS to replace the Celica for less than $20,000 retail in my neck of the woods. We’re not talking MSRP…. but retail… before tax, tag and title. I should know because I eventually had to go several states away to find one close to that price. That one has lasted 350k+… but Toyota’s problem, then and now, was that folks simply didn’t buy on the perception of quality alone. Price, features, and performance were the elixirs for most car buyers of the time. Toyota had flashes of greatness with features (Lexus LS and SC) and performance (Supra). But the big Price factor was where Toyota simply didn’t have it anywhere in their line-up. Part of the fault was with the Yen. Toyota couldn’t make the big jump from being the ‘quality champion’ to ‘sales champion’ because their cars were just too expensive out the door if they were sourced and built in Japan. In five years the value of the Yen to the American dollar went up by nearly a third. On the homefront, Honda offered a smaller and cheaper Accord that was heavily sourced in America by the early-90s. Ford had a Taurus that was corner cut and subsidized by everything from rental car companies to an absurdly ancient powertrain. While Toyota would offer families a $20,000 Camry with ABS. You could far more easily get one from Ford that was $4,000 cheaper… the Accord was $2,000 cheaper. Both of them were well thought of in the marketplace with Honda’s Accord being the retail sales chamption.

Unfortunately for Toyota, that wasn’t even the half of it. The bigger problem was Toyota itself. It was old. As in lifetime employment, perhaps one quarter of their corporate employees hanging out and reading newspapers old. Maryann Keller had written a book pretty much highlighting the fact that Toyota’s bureaucracy was riddled with a conservative and intensely loyal faithful that made ‘The Toyota Way’ front and center. But by the time 1997 reared it’s head, they were pulling down big salaries with little to do. 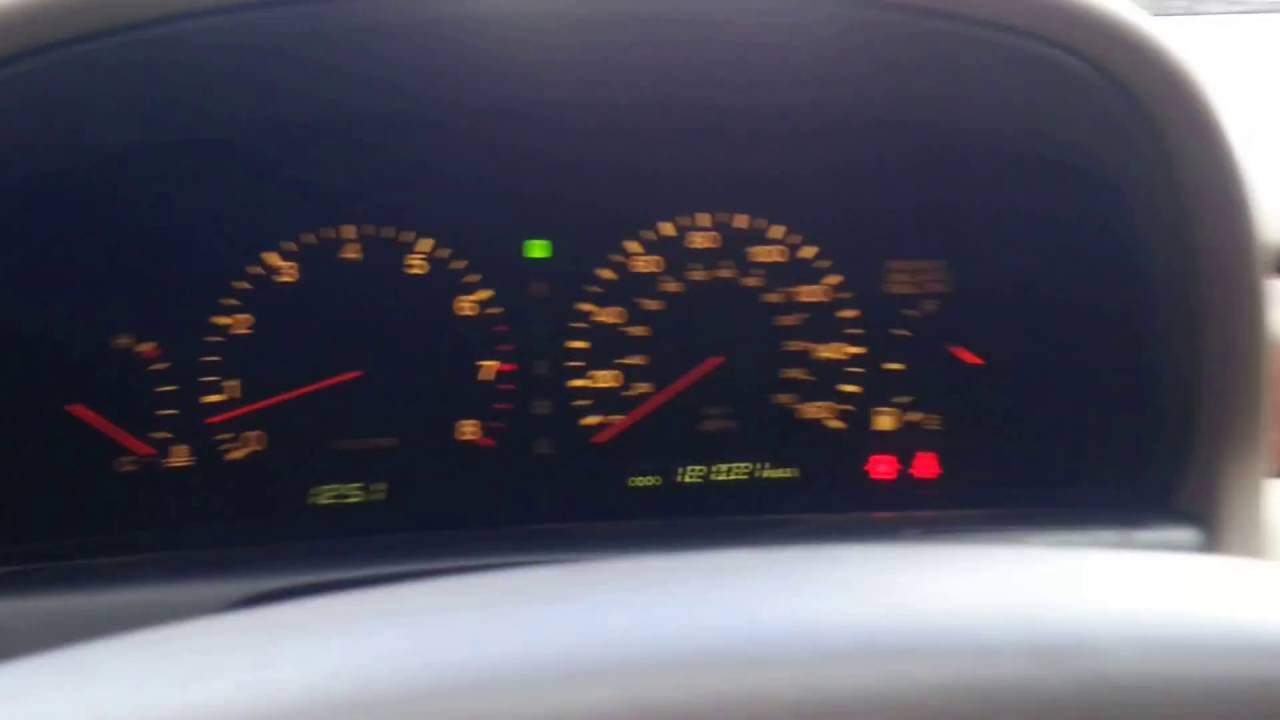 To make matters worse, Toyota really couldn’t stop spending once it fell in love with an idea. The 1st generation Lexus SC400 was the perfect example of this cost no object approach. Toyota wanted to build a coupe that was completely different from the conventional styles of the time. All curves, no flat edges, no flat surfaces. It was done… but the costs for developing the body stamps and assembly line technologies went well into the mid-hundreds of millions. Throw in the the SC 400?s 4.0 L V81UZ-FE engine which reportedly cost over $400 million, and Toyota had a billion dollar financial bomb in its hand. Even though the Lexus SC would remain beloved and sought after by many, few were willing to pay for a luxury coupe whose price would rise from $40k to nearly $60k within a single generation.

The period right up to 1996 represented a very unique point in time for Toyota. They could offer customers a great car. But oftentimes the engineering prowess would simply run roughshod over the financial realities of the marketplace. The same unprofitable fate for the SC would eventually be true for other Toyota models. The eight year run of the pathetically spartan Tercel, the tin can mid-1990?s Toyota Corolla, even arguably the last generation Supra. Toyota simply wasn’t the leader in any particular segment when it came to offering value in the marketplace.

By the late-1990?s Toyota was all too ready to move in a more profitable direction. A shift that would be heavily based on replacing the ‘Q’ word with the $ sign.