Negotiating with my neighbor Willie Martin has always been a pain in the ass.

“Are you sure you won’t take three thousand for that Corolla?”

“Sure I can! Would you mind if I charged you a bogus $500 dealer fee named after your dog?”

“For the love of God Steve! I was just asking?!”

“What else can I do? You asked for my rock bottom dollar price and I’m giving it to you straight up as always. A 2006 Corolla with only one-oh-five on the miles is an excellent deal at thirty-five hundred.”

“So it’s more fun to drive and it gets better fuel economy. How is this my fault? Hell, I drove it out to Deliverance country last Monday and that 2006 Corolla got me an ear–to-ear grin, 40 miles per gallon, and a quick escape from a bluegrass concert?”

Willie bought his third car from me, but it was a much tougher sell than in times past. A few years ago the mere mention of 40 miles per gallon would be the beginning and end of our negotiation. Way back in 2013 gas prices were still high, small cars were in, and Toyota Corollas had such ridiculously high demand that Toyota was banking hundreds of millions from off-lease models.

Corollas are still the gold standard of the used car marketplace, and it all has to do with reputation. The Corolla made more customer in-roads for Toyota back in the earlier part of the  decade than the entire Lexus division along with this surprising level of profit. Why? Leasing. 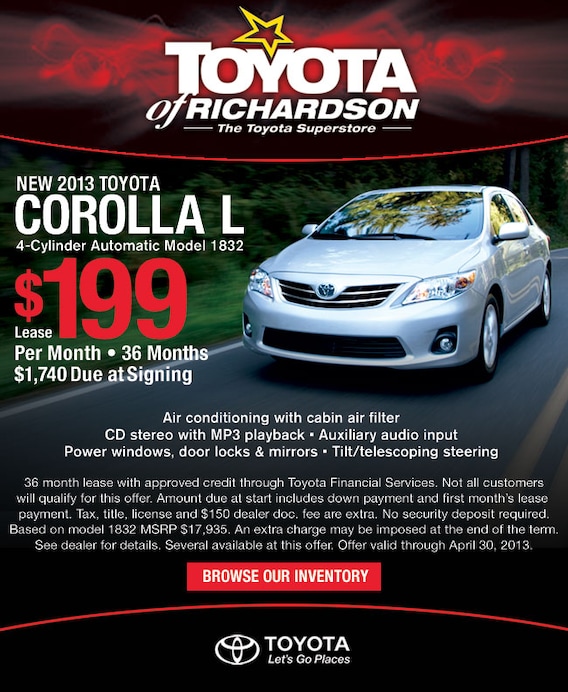 $149 a month lease deals that featured down payments that were only around $1500 was jaw dropping low for the time. When those leases were up, Toyota ended up with a treasure trove of high demand compacts while Detroit lost marketshare that never fully recovered.

The rabid decontenting of Detroit’s pre-bankruptcy compact cars had made them as unpopular as George W Bush by the time the Great Recession took hold. History has remained unkind to any of the compact cars that were sold by the then Big 3: Caliber, Focus, Cobalt, Aveo, PT Cruiser. All of these excretions were rightfully doomed to extinction. Not a single model Detroit offered back in 2010 would survive by the end of the decade.

Fast forward to today and all of these now orphaned eight year old models can be had for around $3,500 or less with no more than 120,000 miles on them. Is that the sweet spot of the used car market? Close, real close, but not quite.

I can say without even a tinge of remorse or bias that a Hyundai Elantra or Kia Soul that is equipped without a GDI engine will have them beat.

In my small town dealership, which features everything from a Porsche Boxster S, to a Chrysler 300C with a Hemi, to a Dodge Ram Quad Cab 2500 Cummins diesel, my choice of daily driver has remained a ping-pong match between two seemingly bland compact cars that are widely regarded as rolling spreadsheets.

Fun? Elantra? Kia? Are you nuts? Is this even possible? The answer to all those five questions is, “Kinda”, and let me explain why

My bucolic Southern hometown of Powder Springs, Georgia, is surrounded by five different police agencies that are all within a five mile radius of my home. Like most of you, this version of an auto enthusiast’s hell is compounded by the fact that our local and city governments now use their police forces mainly as a revenue generating source.

Monthly quotas. Fake speed traps. The daily targeting of the working poor whose only crime is having an expired tag due to a chronic emissions issue. This is the daily reality for most car owners; especially here in the South.

But even if I wanted to safely drive my Porsche Boxster convertible to 3/10ths of it’s capabilities, there’s still yet another sprawling road block of reality I would have to overcome. Traffic. It’s everywhere in suburbia especially on the main drags.

When the speed limit says 45. I’m usually very  lucky to hit 50. In fact I’m usually driving well under 40. Everywhere you turn (and don’t turn) there are one lane roads filled with lethargic SUVs and crossovers that could use a swift horsepower kick in their bulbous asses.

It’s not just the number of vehicles that add to the misery. Cell phones at stop lights combined with infotainment driven distractions are now making millions of American suburbanites hate driving, and for good reason.

Every drive between boring Point A to a boring Point B in suburbia has become a hopeless game of follow the leader where the car in front of us sets the tempo of how fast we can go and when we should brake. Most of the time it just plain sucks – gas and ass. But there are a few thankful brief moments of respite between all those endless stop signs and traffic lights.

I call it, “The Suburban Sprint”  3rd gear at 30 mph is kinda fun when the car is underpowered enough to make it seem like you’re driving fast. When you drift into that turn and pop it into neutral and then back to 3rd just right,  there’s a brief screech of the tires and a healthy burst of acceleration that no speed trap seeking police interceptor can take away from me. Hell, I’m only driving 35.

What else is there? Hypermiling. The decades old art of calculating the exact coasting levels needed to make a car hit about 20% to 30% higher than its highway fuel economy by constantly looking at road grooves, potholes, and the endless swarth of slow driving metal in front of you. With a stick in suburbia  you also get to enjoy coasting into a parking space while not using your gas pedal. For the love of God, I can’t think of anything else that’s fun. Kill me now.

So given this driving reality, what’s the sweet spot for the suburbanite? An economical high quality car that can go for another 100,000 miles that cost $3500 or less and gets north of 35 miles per gallon. Open road fun in 21st century Valhalla has become an accounting exercise where car owners trade in their fun for a savings account. If it remains this way, autonomous vehicles can’t come soon enough.